Scaling the number of developers up and down to match the client’s needs.

Back in 2014, Leica Geosystems approached Viking Software and requested 20 hours of Qt help each week – for just a couple of months – to assist with the build and maintenance of one of their software systems. We provided one of our experts who quickly became an integral part of the internal team. 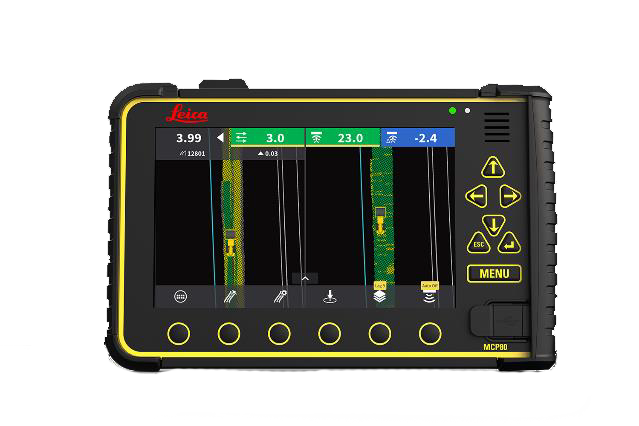 The system Leica Geosystems were building is now a 3D display placed in excavators, drillers,
snow management, rollers, basically any large construction machines. The hardware consists
of several controls and a display. On the display the driver has a model of the road (for example)
they are digging or the area of mass they are moving. For example, in an excavator, the driver
gets a centimeterprecise location of the excavator bucket, and the programmed position
detailing the depth he should dig. Comparing the design model to the actual position of the
machine’s cutting edge, such as the bucket or blade edge, the machine control software assists the operator to position the machine to achieve the planned design. Since the software automatically controls the position of the machine’s cutting edge, it increases efficiency for operators on construction sites.

Another example – soil compactors. Like the digger, the system shows the model and position. But in addition to specifying the work for the driver, it records all the positions of the roller. The contractor uses this to document the number of times all parts of the soil was rolled. This enables the contractors to avoid over and under compaction and saves fuel, time, expensive material, and rework. 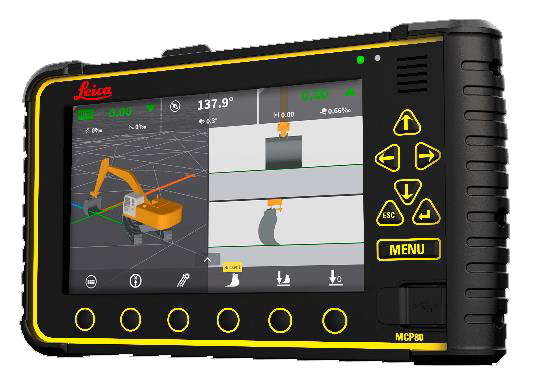 When it was time to rewrite the entire application and introduce new functionalities, cloud connection, hardware support and beautiful 3D models, Leica Geosystems asked Viking Software to increase the team.

Since that time, the number of Viking Software employees working on this project have been scaled up and down to match the needs of the client. We make it as simple as possible to tap into our pool of experts, and to let them go again when they are no longer essential. This flexibility coupled with the skills our developers bring to Leica Geosystems is the reason for the continuing partnership between our two companies.